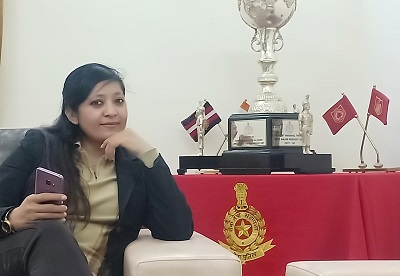 ~MA (Public Administration) & B.Ed , PGCTE (Assistant Master) was honored with the National Awardfor Teachers, 2011.
~The Indian Education Award 2019 - The award was presented to her at New Delhi on the occasion of the Teacher's Day, by her Excellency, Smriti Zubin Irani is an Indian politician.
~GS Faculty for Army Cadet in KV IMA (Dehradun).
~UPSC(Civil Services) Prelims Qualified
~Grade in NCC C Certificate
~National Player in Judo & Kho-Kho
~Divya Soni, director of Doon Sainik School, is currently the course mentor of 42 brigade HRDC unit of army education Corps Ex-senior Faculty of RIMC. Till end of November 2021 the learned and experienced faculty of Doon Sainik School have been the course mentors of the fore NDA batch in KV IMA. 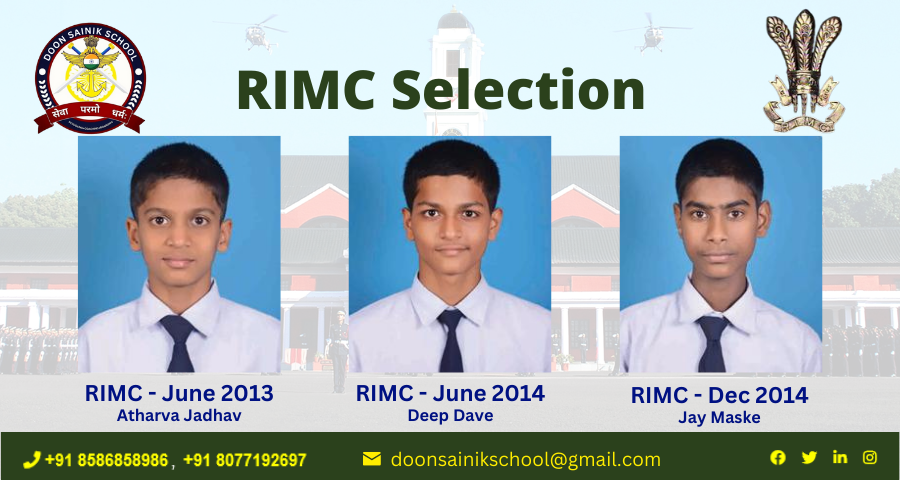 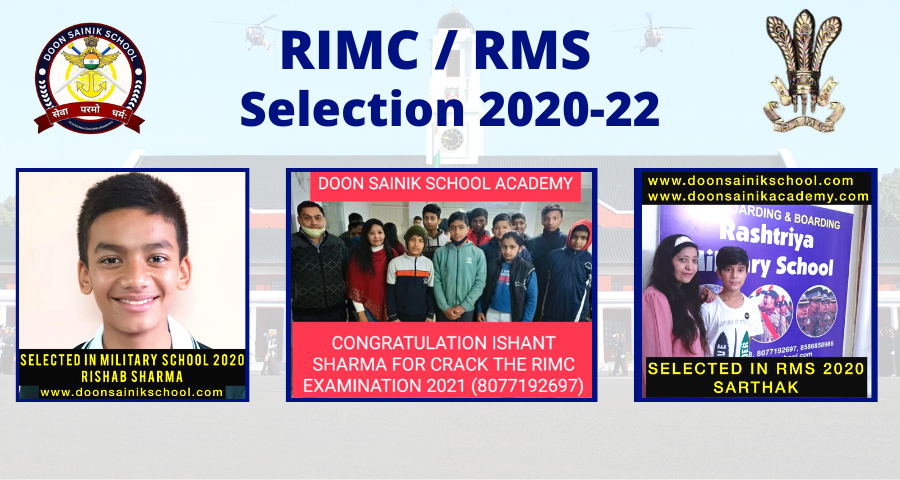 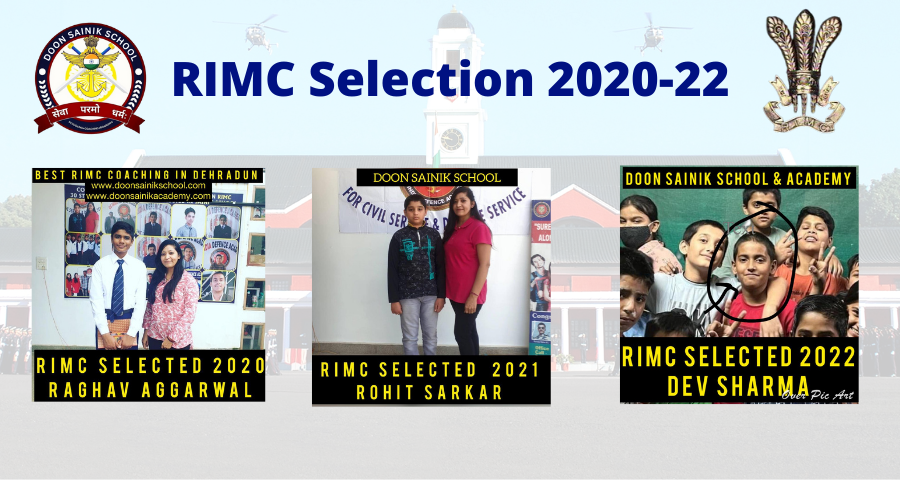 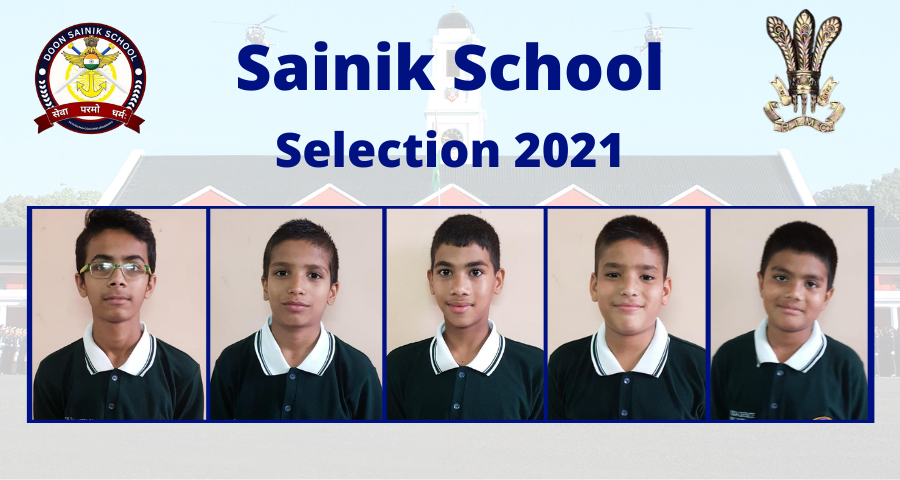 Candidates should have passed Class V for Cass VI from a govt/recognized school before thedate of admission to a Rashtriya military school. However, a student studying in Class V iseligible to appear in the respective Entrance Test. Read More..

The objective of the Sainik Schools is to prepare the students to lead as officers in the DefenceServices of the country. The schools select smart and promising students through a nationalentrance examination and mould their personality in order for them to become leaders of the Nation. Read More..

NDA exam is a popular competitive examination in our country. NDA exam is like an entry pass for those students who want to join the Indian Army, Indian Navy, or Indian Airforce. Doon Sainik School is a pure institute for NDA Coaching in Dehradun However, qualifying for the written exam of NDA does not ensure entry into the Defence sector because there are few more stages to qualify for final selection such as  SSB-Interview, Personal-Interview, etc.

comes under the big competitive examination that requires a lot of hard work to crack these exams. The students need proper guidance to prepare for the NDA exam. The best option to get proper guidance is to join the best NDA coaching after 10th in Dehradun. Well, when it comes to best NDA after 10th in Dehradun then Doon Sainik School is one of the best options to get NDA coaching. Doon Sainik School has led to many success stories of its students joining in different wings of the Indian Armed Forces i.e. Indian Army, Navy, or Airforce.

If you are the one appearing for NDA preparation then it is advised to join the best NDA coaching centre in Dehradun. You can get admission to Doon Sainik School to get the best NDA coaching in Dehradun to get an entry in the Defence sector. The sessions are starting soon, further details can be collected from the official website of the NDA. You can visit our other site – https://doonsainikacademy.com/

Why you should join Doon Sainik School?

How Doon Sainik School will help you in the preparation for the NDA exam?

Main points of Our academy

RIMC or Rashtriya Indian Military College is a reputed public school situated in Doon Valley, Uttarakhand. Dehradun city is known for best schools and RIMC is one among those schools. Doon Sainik School provides best RIMC Coaching in Dehradun to make child future in Defence.RIMC is one of the finest schools in Dehradun in terms of infrastructure, education system and discipline. RIMC came into existence in 1922. RIMC has made various success stories in different fields such as Defence, Ambassador, Governors etc. The primary objective of RIMC is to choose the best candidates for NDA/ NAVAC.

The Doon sainik school lays stress on sports for the overall physical and mental development of all students.Sports activities like football, Swimming pool, handball, kho-kho, and badminton and PT form an integral part of the school routine. Indoor sports facilities in our hostel consisting of carrom, chess, etc, also exist in the Classes. The school Kingston also has a well-maintained athletic track, football, volleyball, and basketball grounds.Cadets get a chance to participate in various Inter School, Inter Section, District Level Swimming Competition. College has a full Olympic Size Swimming Pool, with a 10 meter Diving platform.

Day boarding school comes under one of the best schools in India. Many students wish to get admission in the school to fulfil their dream of getting success in different fields such as Engineering, Medical, teaching etc. The school offered facilities for a comfortable stay of the students and their peaceful study. It provides a great opportunity for those students who want join Day boarding school Coaching in Dehradun and also help financial help for their studies. The education in day boarding school in Dehradun is free including boarding, uniforms, books & notebooks etc.